What I do all Week

Monday; Watered some plants and filled the fountain in the early morning, later went to breakfast in town (Chumpos).

On the way home I paid for my TV $50, checked my mail bought fuel for my car came home played on the computer until lunch went to lunch at Road Runner Cafe, had a hot turkey sandwich with mashed potatoes and gravy. Returned home took a nap for an hour and half. Later checked the computer and thought about going out for dinner, but changed my mind and stayed home and had a bowl of cereal for dinner. Watched TV and played on the computer till bed time.

Tuesday; Filled the fountain checked the garden had an english muffin and coffee for breakfast got ready to drive the ladies to yoga meditation. Washed dishes sprayed the house for mosquitos as I saw two in the living room. Started this blog. Noted that the sun is coming up much later now.

I stopped by a friend’s house to confirm that we were going to breakfast tomorrow and then visiting an immigration facilitator later that morning. All is good I’m driving tomorrow.

I then had lunch at the camp cantina;

hamburger and fries with a soda I had the place to myself. This evening I stayed home and made dinner; mashed potatoes, peas and kielbasa with whole wheat bread. I am not fond of cooking for myself as I make a big a mess cooking for one as cooking for four.

Wednesday; I was wide awake at 4:30 am! There isn’t much to do at that hour. I made a pot of coffee took a shower got dressed made my bed, toasted an english muffin watched the news on TV and played on the computer. Oh, I hunted down the charging cord for my tablet, I hadn’t seen it in a few days since the housekeeper was here. I found it in with my other cables in a basket I think the housekeeper thought that was where it was supposed to be instead of plugged into the wall. After she has been cleaning I find things in different places than I expect, it is sort of a game-she has her places for things and I have mine.

I usually water my plants and trees on Wednesdays so I started that early this morning. I have a soaker hose around three sides of the lot and that saves a great deal of time however the rest of the garden needs to be watered by hose and I have to move the hoses ever 15 minutes to get all the trees bushes and flowers watered. The hoses are on timers so I don’t over water or waste any.

Wednesday night I went to dinner with a group of friends at a local restaurant there were about twenty or more people there and it was quite a lively group. I had the Mexican combination plate; taco, chili rellano, burrito, with rice and beans every thing was good love chili rellenos, a big green chili stuffed with cheese rolled in seasoned flour and fried, a slice of haven. After dinner some of us moved on to the Pets’s Camp Palapa Bar for drinks and a chin wag. I finally just had to leave as I had been awake since 4:30am.

Thursday I got out of bed late and had to rush around and get ready to go to town for breakfast at Chumpo’s Restaurant where I met another group of friends for breakfast and more chin wagging. I had the breakfast special modified to my liking; two eggs over easy, Mexican beans, whole wheat toast and decaf coffee. Here is a photo of the gang lovingly referred to as the Lizards; 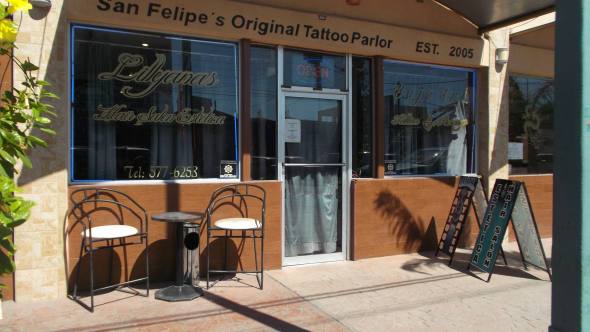 and made an appointment for a hair cut. Then I went to the local water office and put some money on my account 500 pesos or about $25, which with what is still in the account will last me for a couple of months. Then I went to the local plant nursery and checked out their new stock didn’t buy anything. From there I went to the local supermarket and bought groceries and some pastries. By the time I got home it was almost 12 noon. As I was getting out of the car I noticed a dog running in my neighbors yard and then I heard her owner calling for her so I alerted her where her dog was and she got the cute little bugger and all is well. I unloaded the car put groceries away and enjoyed a cup of coffee and a muffin I just bought.

Pete’s Camp Annual Poker Run, a race that isn’t is this weekend and people come from all over for this event. This is a description of a Poker Run;

Poker run – Wikipedia, the free encyclopedia
https://en.wikipedia.org/wiki/Poker_run
A poker run is an organized event where participants, usually using motorcycles, all-terrain vehicles, boats, snowmobiles, horses, on foot or other means of transportation must visit five to seven checkpoints, drawing a playing card at each one. The object is to have the best poker hand at the end of the run.

San Felipe has several Poker Runs sponsored by various organizations throughout the year usually the route is off road and bumpy I don’t participate as my back wouldn’t allow it.

Last night, thursday, I went for dinner at Padrino’s Italian Restaurant in town. I had a desire for one of their pizzas the Padrino’s Special. I met lots of friends there were tables full of them as usual there was lots of chit chat and pizza was delicious. 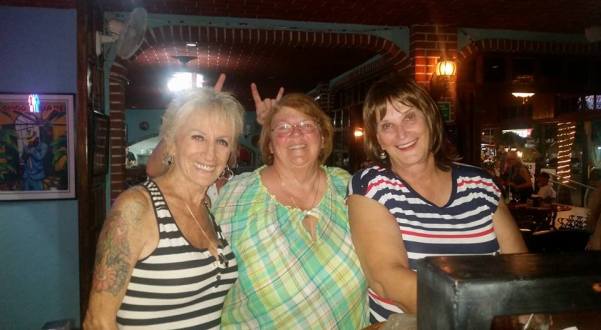 That’s the bartender Steve making the horns in the back he’s good bartender and looks out for us. As usual I left early and was home getting ready for bed my nine O’clock. Because it is race week we had some folks shooting off fireworks tonight, no big deal I just worry about my friends pets who get scared when they hear them. That all came to a stop about ten O’clock.

This morning friday, I got up a little later than usual made coffee and putzed around I have a hair cut appointment at noon and I have to go to Sunrunner Mail to mail off a letter today so I have plenty of time to putz about my house and garden. I went into town for my haircut and had lunch at the Taco Factory Restaurant

they have these tacos made with shrimp and cheese that are delicious so I had two. I went home only to discover my cell phone was out of money so later I went back into town and paid some money to have time on my cell phone. I was across the street from Padrino’s Restaurant so I went over met couple of friends 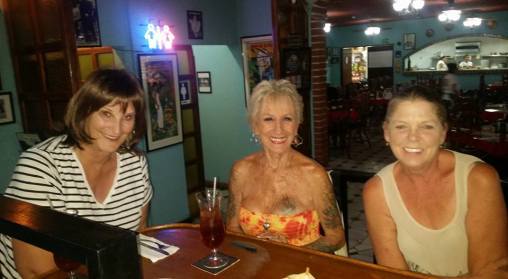 and I had steamed clams for dinner they were perfect after a few non-alcoholic drinks  I went home and watched the news on TV and caught up on Face Book.

Saturday; I took a trip to the “Old Country” as I had to have my vehicle inspected by Customs and Border Protection as it is a new vehicle to me and it took months to get added to my Sentri Pass. Turned out to be a non-event everything went smoothly the officer there was very nice and I was on my way in just a few minutes. NOTE TO SELF; Denny’s is extremely busy on sundays go early or find some quieter place. Shopping and the trip back to San Felipe was uneventful.

This past week was a very busy week compared to the hot months of July and August as the winter visitors are coming in and the Mexican and American holidays are just beginning, but give you an idea of how I spend my time.

7 thoughts on “What I do all Week”